When the brisk temperatures and frozen winds of January cooperate, they create the perfect conditions for winter’s beauty to shine with ice sculpting competitions.  If your looking for something to do besides, ski, snowboard, ice skate or sled, here are some favorite snow sculpting and ice carving competitions to add to your frozen bucket list. Remember with warm temperatures the ice melts, and no two events or ice structures will ever be the same from year to year.  Ice Sculpting Competitions attract artists from around the world and capture a moment in time that is utterly unrepeatable. 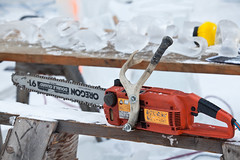 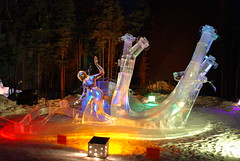 Ice Carvers from around the world congregate in a Siberian influenced, mountainous region of China each January for an ice festival like no other.  For the Harbin Ice Festival, giant blocks of ice from the frozen Songhua River are extracted and transformed into a whimsical winter wonderland made of ice castles, pyramids and skyscrapers.  Festivities include a polar plunge, ice boxing competitions, and of course great ice carving contests. 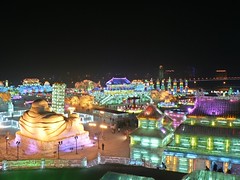 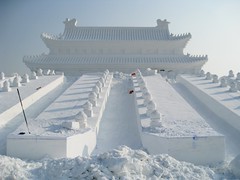 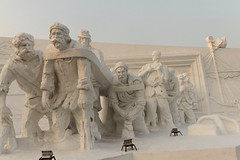 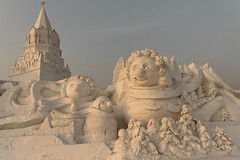 One of the longest running ice carving festivals in the world, millions of people have been visiting Odori Park in Sapporo, Japan each winter since 1950 for the Sapporo Snow Festival.  The February festival has hundreds of beautiful snow statues and ice sculptures as well as ice slides and a maze made out of snow. 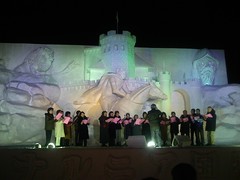 Banff National Park in the Canadian Rockies has hosted a popular winter festival called SnowDays for nearly two decades.  A centerpiece to the month-long festival is the Ice Magic Festival, ice carving competition.  The main event is a professional competition that gives two-person teams 34 hours to create amazing sculpture from 300 pound blocks of ice.  Speed carving is another hot, or make that cold, event. 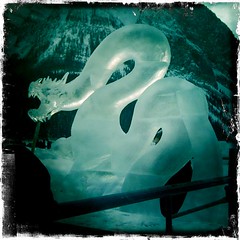 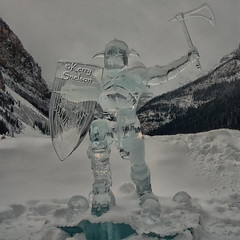 A relative newcomer is the 3 day London Ice Sculpting Festival at Canary Wharf.  Talented sculptors from all over the world compete to be crowned 2014 champions in the city where a crown really means something.  All sorts of ice carving competitions, classes, Ice-Chess and an Ice Graffiti Wall highlight this event. 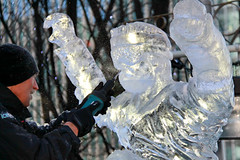 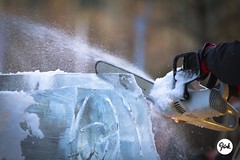 Perm, Russia hosts Ice, Snow, and Fire, an ice carving and snow sculpture competition held in Gorky Amusement Park.  The lively festival has become a highlight of Russian tourism and is likely to gain some fame during the 2014 Winter Olympics this February in Sochi, Russia.

Winter in Yellowknife, what else is there to do besides play with ice and snow?  The month-long Snowking Winter Festival is not your typcial winter festival.  Each year, Snowking construction builds a life-size ice castle on Yellowknife Bay, complete with guest rooms, an auditorium, cafe, courtyard, turrets and of course igloos.  Rebuilt from scratch each year, when complete, the structure hosts concerts, art shows, theatre and more. 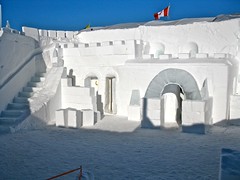 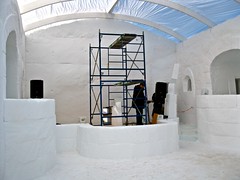 Sweden’s famous Ice Hotel (the world’s largest) is sculpted out of blocks of ice each year from the Torne, River.  Legend has it, that in 1990, some visitors to an ice art exhibition asked the artists for permission to “spend the night” when they realized no rooms were available in town.  The ice art exhibit itself became a de facto hotel and the rest is history. 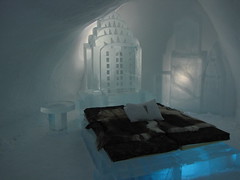 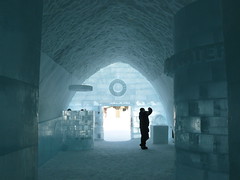 The Quebec Winter Carnival has not only great ice carving contests but a slew of festivities lasting for 17 days.  Snow sculptures, canoe races (yep, in the winter), sleigh racing, snow baths, ice slides and a snow derby. 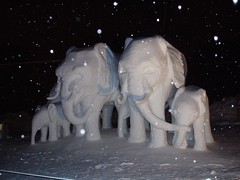 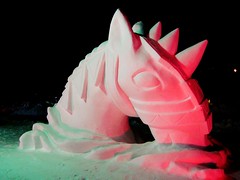 The cold Baltic winter warms up as sculptors from neighboring countries travel to Jelgava, Latvia to compete in a two day festival.  The festival makes use of 30 tons of ice. 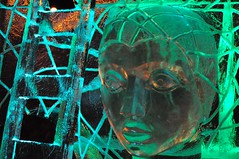 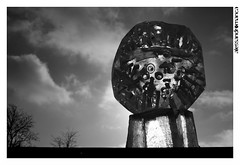